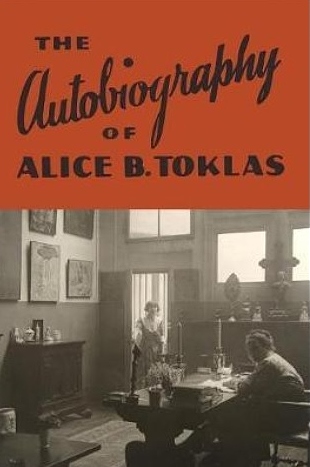 Aan Picasso wijdde zij het gedicht If I told him: a complete portrait of Picasso:

Hier leest Gertrude Stein haar gedicht If I told him: a complete portrait of Picasso:

‘When I first knew Gertrude Stein I was surprised never to see a french book on her table, although there were always plenty of english ones, there were even no french newspapers. But do you never read french, I as well as many other people asked her. No, she replied, you see I feel with my eyes and it does not make any difference to me what language I hear, I don’t hear a language, I hear tones of voices and rhythms, but with my eyes I see words and sentences and there is for me only one language and that is english. One of the things that I have liked all these years is to be surrounded by people who know no english. It has left me more intensely alone with my eyes and my English. I do not know if it would have been possible to have English be so all in all to me otherwise. And they none of them could read a word I wrote, most of them did not even know that I did write. No, I like living with so very many people and being all alone with english and myself.’